Using a-Jays Four series headphones, we wonder: How much do physical aesthetics matter? A: A lot. 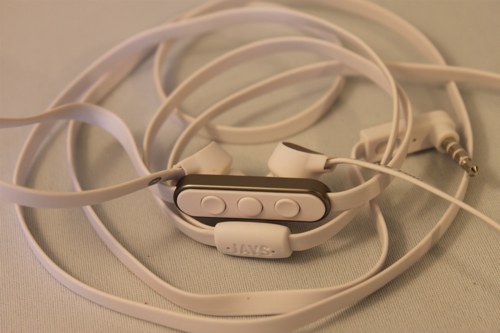 Suckers for design, we’ve bought more than one thing just because of how cool it looks, and for all of those reasons these a Jays Four headphones jumped out at us. They feature a relatively minimalist design at a price cheaper than the standard Apple in-ears (the ones with a remote and mic are just under a $100 at our local electronics retailer, while the a-Jays are $70). More intriguingly, the whole Jays line has a unique gimmick ‘flat tangle free” cables that are more like ribbon than string. They seemed like they’d be perfect for hitting the road, on busses, planes, and trains, where they might get lost or abused in between being used to make Skype calls on our iPad. 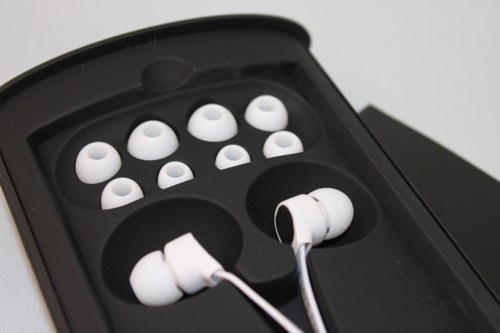 But would they really work out? And how would they sound?
The truth is that they’re more than adequate, and we prefer them to our Apple buds. They’re fine for rock and roll and country, but don’t deliver a lot of either bass or high end.  There is also significant distortion at high volume. So it might surprise you to hear that they’ve won a permanent place in our “Go-Bag,” the reason—they seem near to indestructable. The build quality reminds us of Fisher Price—we’ve banged them around, tied them around our phone, lost them in our bag, given them a few yanks, and dropped them once or twice to no ill effect, save for a little scuffing on the jack, likely blue ink from our jeans. 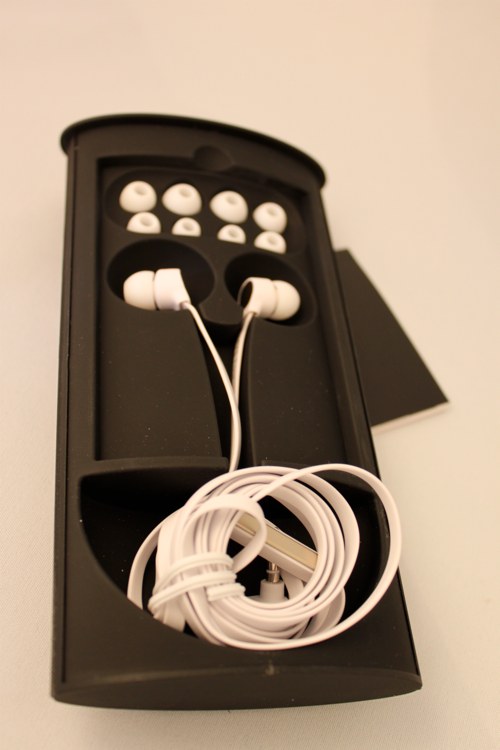 The headphones are full of a tonne of little details we like. The connector angles at ninety degrees from the cable meaning that they click into the bottom of our iPod neatly (so we can actually shove an iPod touch in our running shorts), the buttons on the remote are solid and easy to find, even when you’re on the run, and best of all, the tangle free cable works as advertised. 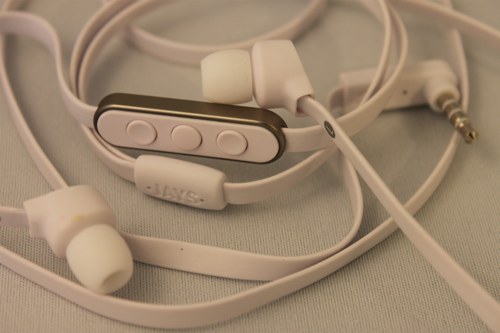 The cons: the sound isn’t perfect, and the buds are a little on the large size. Even with a sleeve smaller than those included in the package, they’re a little big for my ears—but this isn’t likely to be an issue for anyone else. 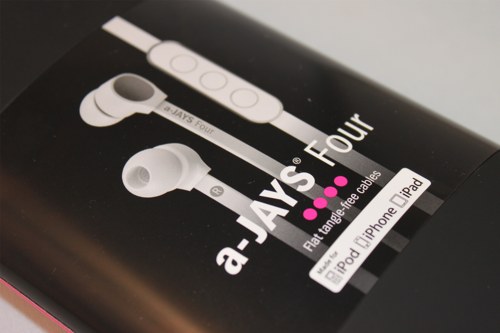 The pros: the aesthetic and practical form of the a Jays four is near perfect as far as in-ear buds go. Inexpensive and indestructible, we think they offer truly exceptional value. Perfect for clutzes, the messy, the traveller, and the teenager.
We received the a-JAYS Four for the purposes of this review, but we were not compensated in any other way.