I’ve taken my Microplane Home Series graters out for a spin a bit already, but going forward I’ll be sharing recipes here a few times a month, and you can bet that these graters will be making appearances!

If you’ve been using just one traditional-style grater for all your cooking and baking, I want to share this great set of graters that “make cooking fresh, flavorful meals one step easier” (from the Microplane site). 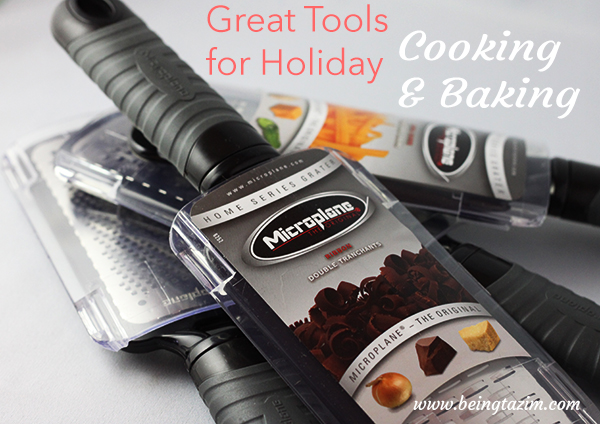 What makes Microplane graters so much better than other?

The secret is in the signature Microplane process which uses chemicals to create sharp cutting surfaces.

By now, cooking aficionados worldwide are familiar with the story: A Canadian housewife commandeers one of her husband’s favorite woodworking tools and discovers it effortlessly produces the lightest, most wonderful orange zest she could have ever imagined. It’s 1994, her Armenian Orange cake is a huge success and her husband’s Microplane® rasp has morphed into a must-have kitchen grater. It seemed as if a star was born overnight, but it didn’t happen quite that fast, in fact, it took over thirty years.

With just a few modifications, and a slight change in our marketing plan, an entire new product line of graters for home cooks and professional chefs was introduced. The response was extraordinary. Since that time, Microplane graters have distinguished themselves from other graters by using that signature chemical process to create ultra sharp cutting edges. Unlike stamped graters, they effortlessly cut through hard and soft foods without tearing or shredding.

These graters are dishwasher safe, but I would recommend using warm water to rinse food particles, and using a brush to remove trapped particles.

The Microplane Home Series includes all these:

Ribboned chocolate. . .sounds amazing, doesn’t it? You can do this with the Medium Ribbon Grater—or, if your chocolate is on the dry side (clearly, I need to do some holiday baking!), like mine was. . .you get lovely shaved chocolate: 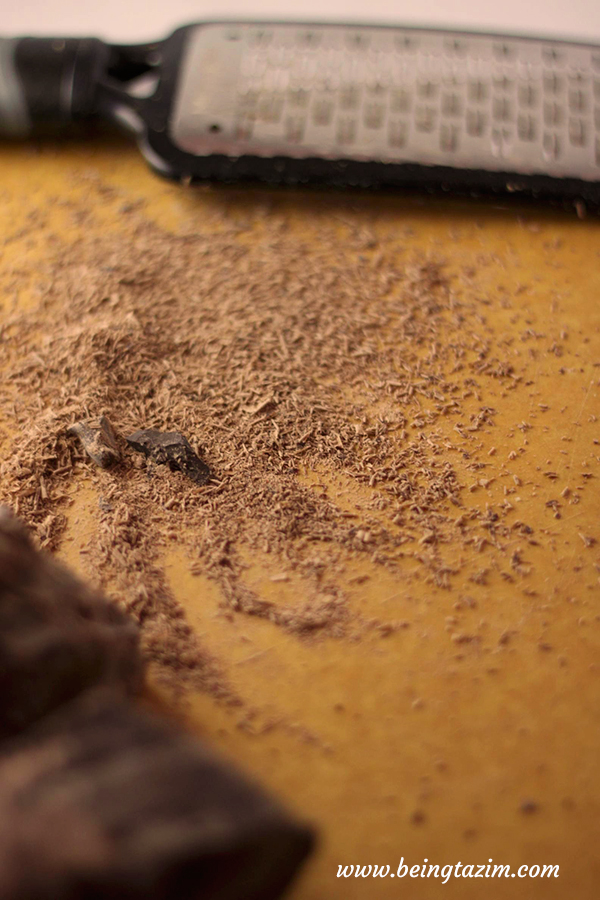 I think this can be a good thing, actually. The chocolate turned out really soft and perfect for sprinkling on top of whip cream (on coffee or hot chocolate) or on top of a slice of cake. 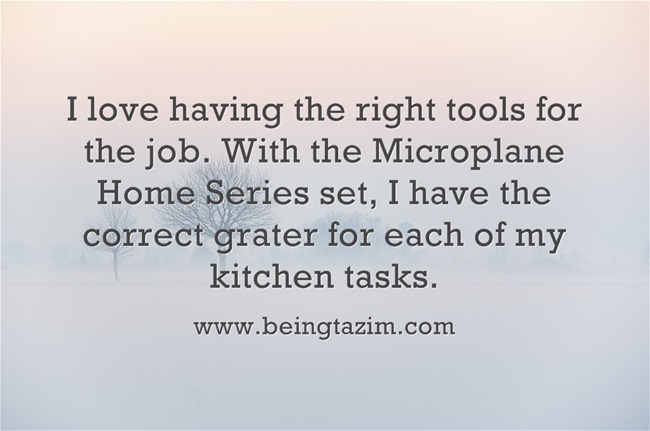 What I’ve been using my Microplane Home Series graters for most, is grating ginger. I recently learned a helpful tip about doing this more effectively: freeze chunks of ginger (after the dry outside has been removed) in the freezer, and grate the frozen ginger  – which will grate more easily than non-frozen ginger. Have you tried this trick?

Fine, grated ginger is so much more flavourful than chopped ginger, in my opinion! Below, I’m grating ginger on to tofu which I am going to bake (with soy sauce and sesame oil, plus chilli pepper). Grated ginger also mixes more easily in sauces, so I’m really glad to finally have a grater for this purpose. 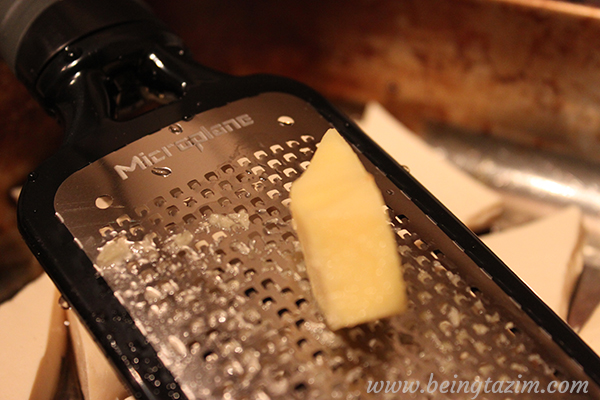 So, this vegan won’t be using these graters for grating cheese (isn’t that the first thing that comes to mind when thinking about graters?), but I’ll definitely put these to good use with vegetables, like carrots and cucumber, as well as onions. . .not to mention spices and chocolate.

I plan on creating water-proof hang-tags to attach to the holes on these graters so that I know which is which. Also, I think a stand or maybe a set of hooks inside one of my kitchen cabinets would work well for storage.

I ordered a cut-resistant glove from Microplane, so I won’t worry about cutting myself—since these graters are different (partly) because they’re so much sharper than others. You can also get attachments so you can place your food inside the plastic chamber to protect your fingers. I went from having no grater at all to having this Microplane Home Series set – and now wanting more and more. I’m hooked! I guess I better get on Pinterest to find more ideas for things to cook and bake!

A couple tips on protecting your Microplane graters:

-Rinse your graters under warm water immediately after use

Previous Post: « Top 11 Kitchen Items Fit For a Foodie
Next Post: How to Select Tea — Choosing the Right Tea for Every Occasion »