It’s normal to see people rowing or out in the water in some way in Vancouver—because there is a lot of water and the weather is mild. Water sports really epitomize to me the idea of the Summer Olympics. That’s not to say I am a die-hard fan of watching Olympic events, but I do love seeing people engaged in water activities (partly out of envy). Another thing I love is stamps—I buy special collections of stamps to use when I send things, not just the ordinary permanent ones. These new Canadian Olympic Rowing Team stamps are really beautiful in their simplicity, no?
On June 28th the stamp was launched in Victoria, B.C.,  and London, Ontario and there was a block party sponsored by Molson Canadian (beer) in Toronto. 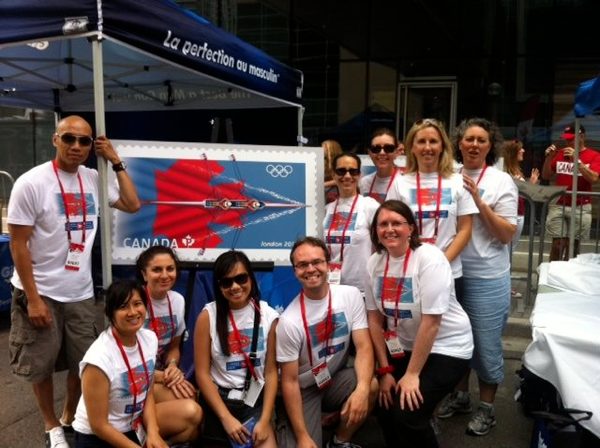 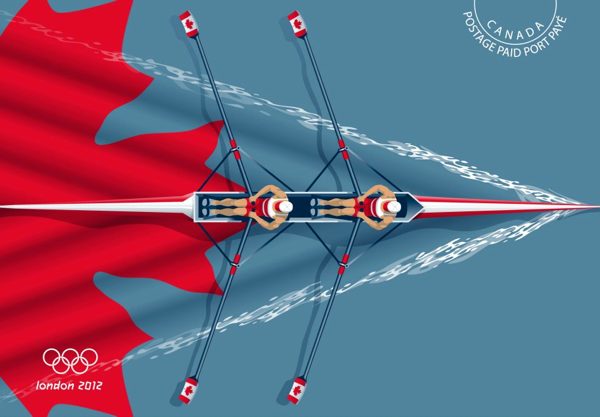 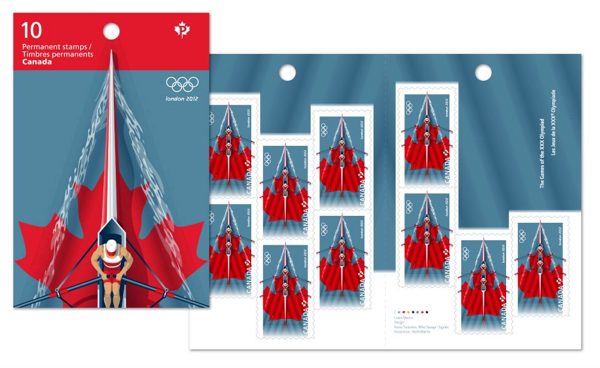 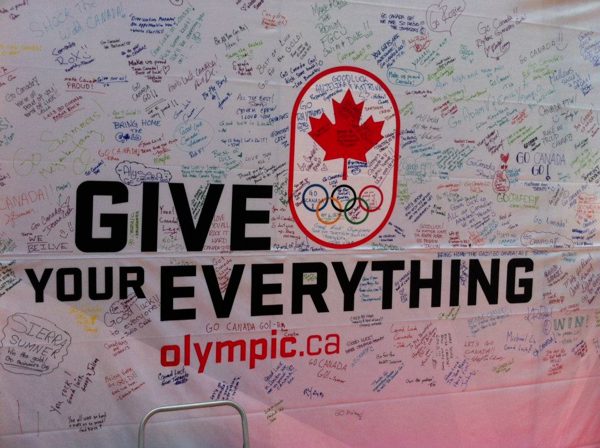 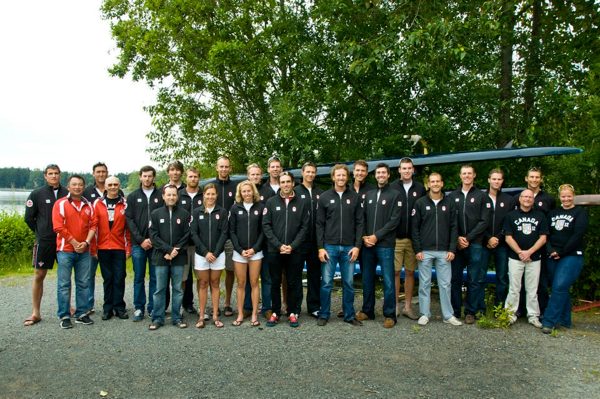