What inspired me to think of this location: I have been reading Beauty Tips from Beauty Tips from Moose Jaw, a book by Will Ferguson. In the book Ferguson travels for 3 years across Canada. I’m sure I’ll be thinking about more places as I read more of the book. Moose Jaw was originally settled as a trading post for fur traders and the name comes from a Cree word “moosegaw” meaning warm breezes.  Looking at the official website, it looks like Moose Jaw enjoys relatively nice weather – it doesn’t rain much (compared to Vancouver), it is warm but not too hot in Summer, cold in Winter. . .just how I like it.I’ve never been outside of Alberta or British Columbia (except for a few days in London, Ontario and a few hours in Niagara Falls 3 or 4 years ago), despite having spent 16 of my 29 years in Canada. I LOVE the prairie provinces (Alberta, Saskatchewan, Manitoba), at least, I love the idea of them. . . open fields of whatever. . .Corner Gas. . .lots of sunshine! I mean, you all saw the closing ceremonies of the 2010 Olympics, right? Isn’t there something strangely appealing about floating through the sky above fields of wheat while Joni Mitchell sings
to you?

Speaking of Corner Gas: Forty kilometres from nowhere and way beyond normal is Corner Gas, an ensemble comedy series about a bunch of nobodies who get up to a whole lot of nothing in the fictional prairie town of Dog River. Starring Saskatchewan native and Gemini winner Brent Butt, Corner Gas is a roadside service station and is also the first original narrative comedy series in Canada. 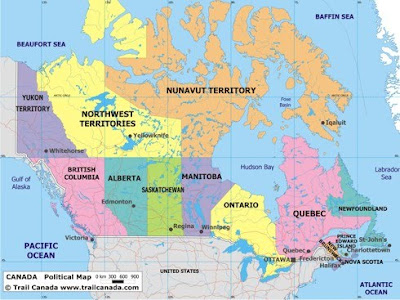 Where is it/Who lives there? About 35,689 people live in Moose Jaw, Saskatchewan. It is located east of Regina, in the province of Saskatchewan (the green one in the middle).

What most appeals to me about Moose Jaw?
Among other things that Ferguson mentions, I especially love this passage:

The geothermal springs here gurgle up at 42 degrees Celsius . . . Night is falling, and the air is growing cooler. We are snug up to our necks int he water, noses cold but bodies enveloped in heat. Steam is rising from the surface, and softly, almost imperceptibly, it begins to snow: loose flakes wafting down, melting mid-air from the heat. We watch the snowflakes disappearing one by one, like tiny lights blinking off. . . If you were to die today, where would you spend eternity? You could do worse than Moose Jaw.

What is there to do in Moose Jaw?
According to tripadvisor, there are only 6 things to do in Moose Jaw, one of them being the infamous Tunnels of Moose Jaw. Ferguson mentions that these tours are fun but also “creative reconstructions” since the bootlegging for which Moose Jaw is famous did happen and bootleggers did smuggle whiskey thorough tunnels under the city, but these are not those historic tunnels. If you want to read more about these tunnels and more real (and fake) history in Moose Jaw, pick up Will Ferguson’s book.So, how can tripadvisor say that there are only 6 things to do in Moose Jaw, when there are 4 museums, containing instructional courses on such things as blacksmithing, wheelwrighting (whatever that is), and buggy seat upholstering?


Likely, I will visit Moose Jaw on my way elsewhere, across the country some time.