DK Canada’s newest illustrated e-book is a multi-touch wonder! The Story of the Titanic shares stories about the passengers and crew, photos, videos and so much more to make this interactive e-book, designed for the iPad fun, interesting and educational at the same time. 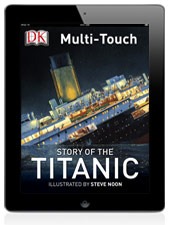 With the 100th anniversary of the Titanic bringing  up newfound interest in the story of the majestic ship, its sinking and the stories surrounding the passengers and survivors, this book couldn’t have come at a better time. I think that the Titanic appeals to so many people—old and young, people who enjoy learning about history, movie buffs, etc. I’ve seen blog posts about the dogs on the Titanic, photos of the remains of the ship at the bottom of the ocean, and even pictures of the interior design of the Titanic.

For only $4.99, this illustrated multi-touch e-book has enough to keep one entertained and interested for hours. 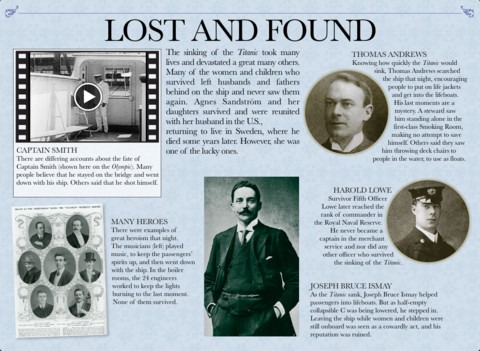 This is the tragic story of the Titanic, the biggest and most luxurious ocean liner the world has ever seen, which sank on her maiden voyage in April 1912. Follow the fateful voyage of this world-famous liner through vivid original artwork, discovering how she was built and equipped, and what kind of passengers and crew she carried. This new eBook contains interactive zooming features to illustrate where the Titanic is on her voyage and a gallery widget showcasing incredible photographic imagery of the ship, its construction, its lavish interior, a taste of life onboard, and the aftermath of the disaster. 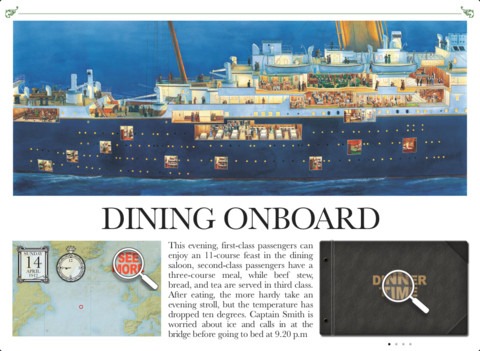 There is a large section of the e-book focused on the breakdown of different areas on the ship and what types of things were carried on it. There are maps showing where it stopped (France and then Ireland) and illustrated cut-away pictures showing the areas of the ship. 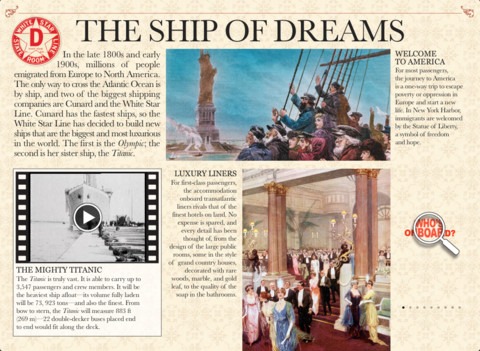 Though the e-book contains material previously published in the paper book, Story of the Titanic, I would recommend people purchase the new illustrated e-book, if they own an iPad, because of the increased interactivity.

I received a copy of the Story of the Titanic illustrated multi-touch e-book in order to conduct this review. I was not compensated in any other way.