As this year is the 100th anniversary of the sinking of the Titanic, there has been a lot of focus on the history, lives of the passengers, and the beauty of the ship. I’ve noticed that Netflix has added the feature film to their lineup, and I plan on watching it this month. The thing about the Titanic is that there is something appealing for just about everyone—people interested in building/architecture, those who like pretty clothing and interiors, and those who like to know more about the history of the ‘unsinkable’ ship. 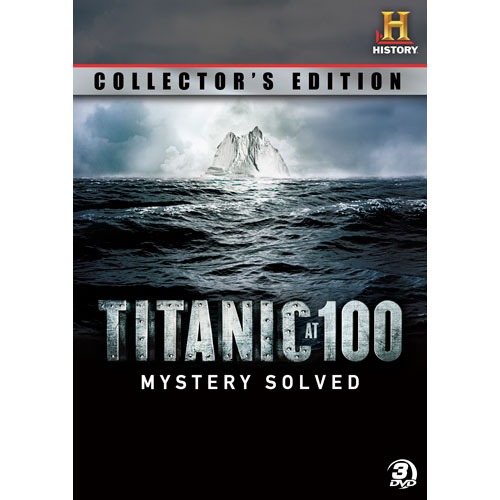 Experts are always coming up with more information on the history of the passengers, the engineering of the ship, how and why the massive ship sank and more—which is why I was anxious to watch the new 3 disc set Titanic at 100 Mystery Solved. Along with Titanic: Mystery Solved disc, which has all sorts of computer graphics which show each step of the way of the collision and sinking of the ship, there are also 2 other discs which share more of the background information.

My favourite of the additional 3 documentaries is Titanic: Death of a Dream, which starts at the beginning with the building process and the journey. There are accounts from survivors of the sinking, and (reenacted) narration with historical photos of passengers.