You are here: Home / Lifestyle / An Ode to Ugly Betty

Bye-Bye Ugly Betty!
I am quite sad that this show has been cancelled and that the last episode has all ready aired. However, having lasted 4 seasons, I’m not sure how much longer I wanted it to continue given the crazy story-lines and changes that have happened all ready. 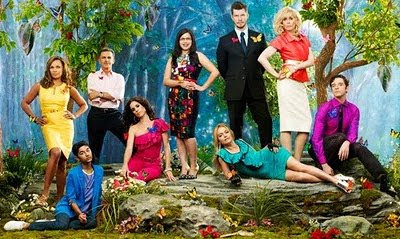 Why I liked the Show: The combination of different characters with different backgrounds, personalities and goals was refreshing. I feel that the characters all had a lot of depth and were fully developed. The series finale wrapped things up well with all main characters yet left some things up to the imagination – such as what happens between  Daniel and Betty.

Character(s) I most liked: Besides Betty, I really liked Christina who used to work at Mode Magazine in the clothing department and who later became a fashion designer in Scotland. I didn’t feel like they gave Mark much development early on in the series but later – season 3 when he and Betty get into the YETI program, he and Betty get along much better and we see different sides of him. 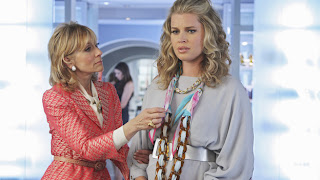 Favourite Story-lines: Alex/Alexis played by Rebecca Romijn – I didn’t like every single twist with this character but a lot of interesting stories/episodes came out when this character was on the show. I liked when the family had to go to Mexico because Betty’s dad almost killed someone and was using a dead person’s Social Security Number. I didn’t like when Justin (Betty’s nephew) was a bad kid after his dad died.

Least Favourite story-lines: The new son – of Claire/Hartley was very boring and unnecessary. I didn’t like any of the Henry plots, especially when Charlie and a baby were involved.

And now some Ugly Betty
Fashion: The costume designers for the show are Eduardo Castro and Patricia Field (who worked on Sex and the City) 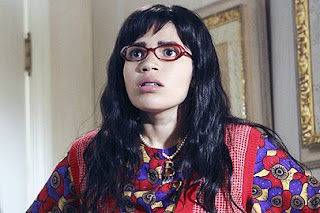 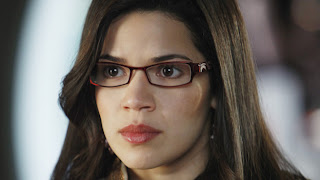 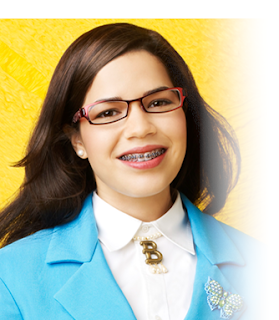 Early Betty Suarez versus later in the series (season 4 she finally gets her braces removed and changes glasses). I think that I have looked just like Betty in both of these pics – my eyebrows are quite thick and I wear glasses and have dark hair. I loved Betty for being so relatable among other things. I found it especially refreshing to not see everyone with contacts on – loved Betty in her glasses. 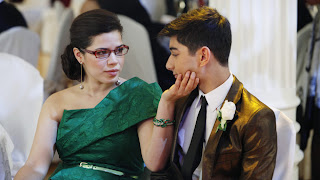 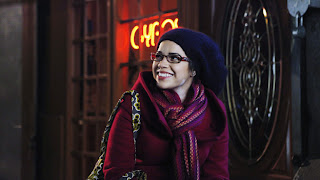 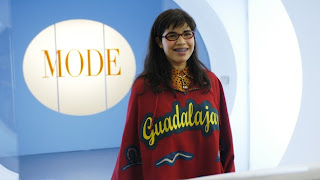 Betty’s first day at Mode
all photos from ABC.com