You are here: Home / Travel / A Different Kind of Budget Travel – Thrifty Travel

Some general thoughts about the art of travelling on “shoestring” budgets, destinations & expectations, and budget travel. 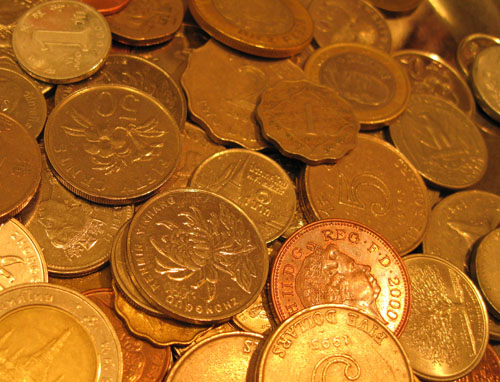 A few years ago, Tazim and I were living on the prairies in Cow-town— daydreaming about a different life, or at least of seeing the world beyond the rockies. We’d both been around North America a bit, in the company of our parents or family, and in fact, Tazim had already been overseas to London for a summer after high-school graduation, but neither of us had done the big “overseas experience” or the back-packing year so common among many of our friends. We dreamed of espresso at side-walk cafés in Paris, German trains, and Greek or Roman ruins. Even while living pretty much hand-to-mouth, both of us with debt left-over from loser ex-boyfriends, we began to stuff our piggy bank . . . But, it happened pretty slowly, our semi-professional jobs just enough to cover our debt and keep us clothed and fed, and not exactly leading us to easy savings. . . although, it can’t be said that we didn’t have more than we needed. . . (Oh to be Twenty again, clubbing every Friday, (at least!); shiny new things piling up all around us; and comfort the extent of our ambitions.)

We spent months talking about what we’d do in Europe, what we’d bring, what we’d do, and what we’d buy. But, life felt like it was ‘on hold,’ both of us thinking about university after one final coruscation of “Damn the Man!” In the end we got tired of waiting. We had most of our debt cleared, and just a bit of money in the bank and were lying around our living room one lazy Sunday morning watching Bollywood movies when we checked our budget against reality. How much was that pile of Canuck cash in Euros? Enough for a couple of weeks of luxury perhaps— but, what if we changed course?

To India we went.What can I tell you about this first trip?? Let me say first, that it was an experience and a half. But rather than a travelogue, this is supposed to be a post about budget and travel. Let’s get started:

Going to India seems like an obvious move, and a good way to get bang for your buck—right? right? Partly. In fact, if we calculate the amount of money we spent per day, India was one of our more expensive journeys— mostly because we had no idea what exactly we were doing.

There are a lot of people out there to give you advice on how to travel, but I think that while some of the best ideas are common-sense, others are counter-intuitive. For example, travelling in Canada we often stayed at hostels or camped out, and this is certainly the strategy that was advocated in the slide-shows on travel that we’d checked out in planning our trip to Europe. There are very few hostels in India. Where there are, they aren’t necessarily appropriate places for a young travelling duo to stay. (And in fact, in travelling to other places, we’ve often found hostels to be a bad deal. More on this later.)

Similarly, while many costs in India are less than elsewhere, Mumbai has some of the highest-property values in the world, and hotel costs to match (at the city centre). In New Delhi there’s little in the way of middle range, you can easily find a bed in an economically depressed area, a bed that is little more than a mat in a closet, for a cheap price, or pay prices comparable to accommodation in North America ($65-125 a night) for what would be a three star hotel here—but in New Delhi might be in a strange suburban enclave impossible to communicate to your rickshaw or taxi driver. And finally—one of the strangest phenomenon, if you don’t expect or aren’t prepared for it—is that the idyllic ‘beach huts’ you hear about backpackers crashing in are just as, if not more expensive than hostel/back-country hut accommodation elsewhere in the world.

I think the two biggest factors in having a successful trip are in figuring out the right combination of destination and expectation, and then doing a bit of research. Together these should allow you to hit that value sweet-spot.*

What are your tips on how to go on a budget travel trip?