You are here: Home / Lifestyle / The Right Tools for the Job —Dremel Blades & Attachments

If there’s a problem with owning a Dremel, it’s that getting attachments can become an addiction! I was never excited to get a new drill-bit (alright, I’ll fess up to loving to buy the ones that go through concrete), but each time I pick up a new doohickey for the end of my Dremel, I feel like I’m adding a super-power to my toolbox. Recently, Tazim and I tried out a few new bits: A first party guard for the rotary tool, some new sanding and cutting disks with the easy release feature, and some nifty saw bades for the orbital tool. 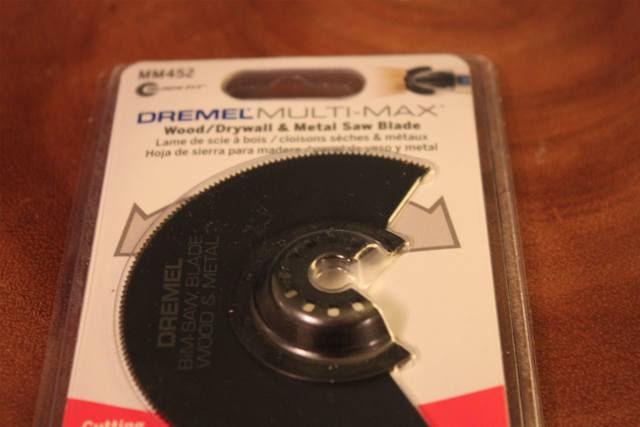 These saw blades are neat. We picked them up with the idea that they’d be good for working with some trim and counter we’re installing. They’re small enough to work in cramped quarters, and they extend out and down from the tool so that they can be used flush against another surface without the body of the orbital tool getting in the way. 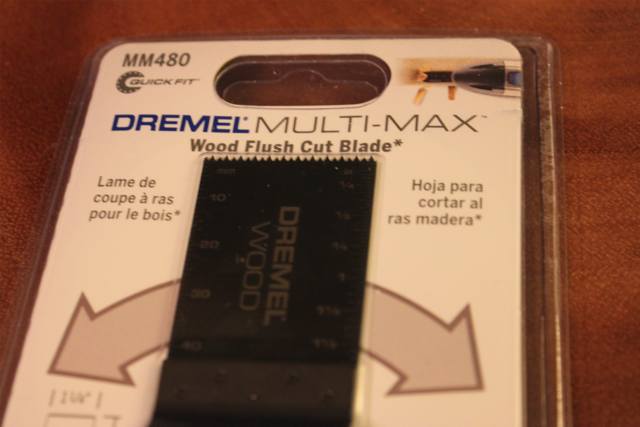 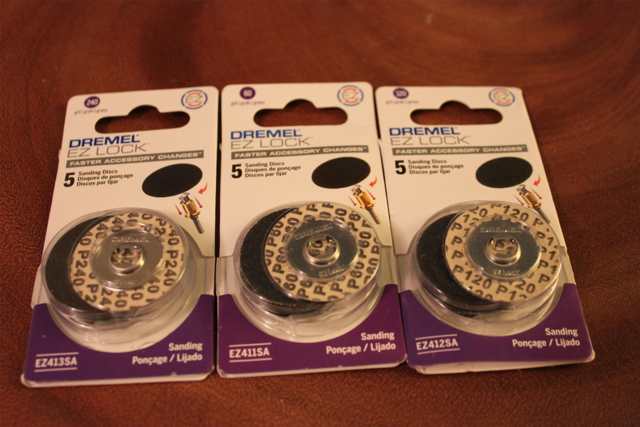 These Dremel blade packs include edges suitable for wood and metal—they also feature E Z Lock, a quick release and reattachment method that saves fussing with the tiny screwdriver and screws that are the biggest head-ache of Dremel usage. Instead, the blades just pop onto the end of the one piece mandrel, sold as part of a starter set or seperately.
Finally, this shield attachment is similar to the one we’ve previously reviewed, but doesn’t enclose the whole blade—instead it keeps the sparks away from your hand. It’s a lot less cumbersome than the aftermarket attachment, which is cool, because it means that it will probably see more use.

You can check out the range of Dremel Attachments on their website.
We received the above mentioned products for review purposes. We were not compensated in any other way.