You are here: Home / Lifestyle / Guilt – What is it Good For?

A guilty pleasure, something that we do even though we know we shouldn’t, normally describes things like desserts, TV shows, music, or similar. Those are the kinds of things that I am fine feeling guilty about. Some guilty pleasures of mine include:

When someone mentions the word guilt, the immediate connection is with the law, and perhaps crime or other similar wrongdoing. I’m not here to talk about that kind of guilt, though. When thinking about the topic of guilt (Amazon link), the first thing that came to mind was the thing that has been on my mind for years. 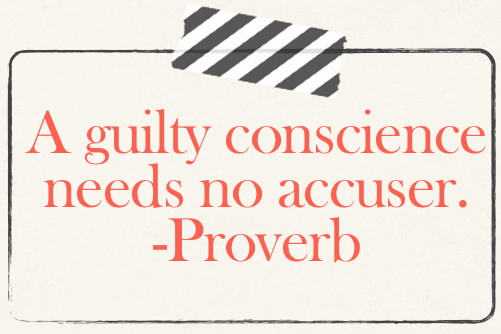 I don’t think guilt, in and of itself is inherently bad or negative. If we never felt guilty about anything, it might mean that we just don’t care about the person or thing. I think that guilt is often tied up with things like morals and ethics, and can sometimes be confused with regret. Sometimes, it can help ease feelings of guilt to apologize for whatever it is you’ve done. Sometimes, it doesn’t help, though — and then you’re left with regret. For example, the incident I was referring to earlier, that has been plaguing my mind for years, leaves me with guilt and regret.

When I was younger, my family (mom, dad, older brother) and I were on vacation, somewhere in the Southern USA. I can’t remember what city or state exactly—we travelled often from our (then) home in Houston, Texas. Anyway, after a full day of sight-seeing, we were all somewhat tired, but it was only about 5pm, and there was this really great amusement park nearby, which I naturally wanted to experience. I somehow convinced my mom to let us all go to it, if only for a few hours, and she agreed. I feel guilty, because I kind of manipulated her in to letting us go to the amusement park, even though my dad just sat and watched as the rest of us went on rides and bumper cars. It was kind of expensive for us to all go to the amusement park, and given the time of day and that we’d already done so much earlier, we really didn’t get very much out of our admission. I really regret convincing my mom to spend the money.

What do you feel guilty about, or what are your guilty pleasures?