You are here: Home / Lifestyle / The War of 1812 Experience at Canada Place Vancouver

Wandering around Canada Place this past Saturday, I came across the relatively-newly-opened War of 1812 Experience. Having been in Calgary for the past year, I must’ve missed the opening of this new cultural site. The site is completely free, so it was a no-brainer for me to drop in and check it out.

There is some amount of historical information on the outside of the experience space outlining the background information about the war, to prepare visitors for the 8-minute video presentation. I say video presentation only because I don’t know how else to describe it—visitors enter and are told to stand in the middle of the round-ish room and first look at the fake canvas tent on one side of the room. A shadow presentation inside the tent shows a few soldiers who are discussing the battle and writing home to their mothers. Halfway through the presentation there is a video shown on 3 screens behind where visitors are standing. Smoke and fake smoke-scents envelop the room as we are taken inside of a battle. 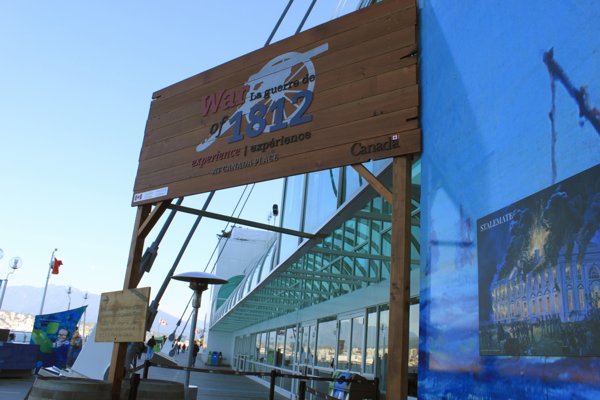 I can’t remember the exact lines said at the end of the presentation, but they were something like—”both sides are claiming victory of this battle, but as I count the number of dead bodies, I wonder what it is we think we’ve won.” I’m sure the actual words were more moving, because they certainly left many of us in near-tears. 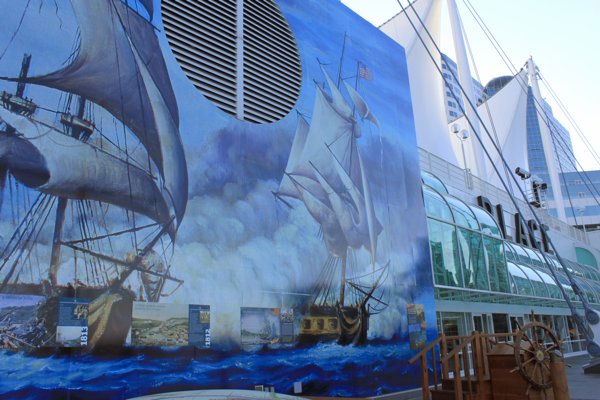 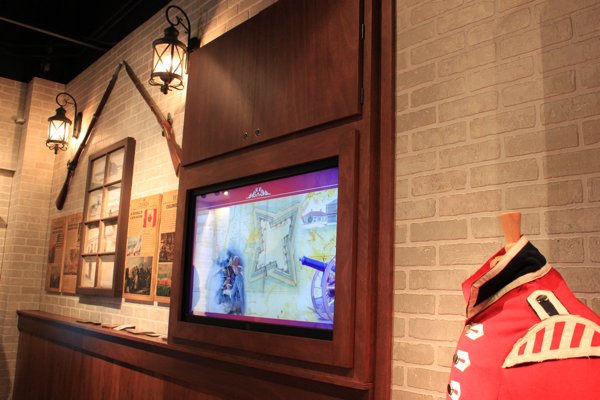 After the 8 minutes, a door opens to lead us to the small room where there are a few artifacts, interactive screens and some more signs with information. There are postcards informing people that they can use the free wi-fi to get more information about how the key players —Americans, British, First Nations and people from Upper and Lower Canada felt about the war. 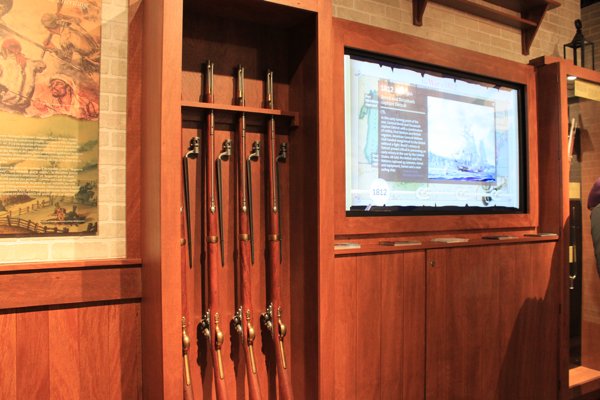 The exhibit runs until March 2014 and is free.