One of the highlights of the holiday season for me is re-watching Harry Potter movies. This year, I’ll be able to finally watch all of them (one after another?). If winter-time makes you think of Harry Potter and Hogwart’s School of Witchcraft and Wizardry, you’re probably also thinking about Hogsmeade and perhaps candy from Honeydukes?!

On a recent trip to Orlando, Florida, Greg and I went to Universal Studios specifically to check out the Wizarding World of Harry Potter. We visited all the shops, and especially enjoyed popping in to Honeydukes Sweetshop. 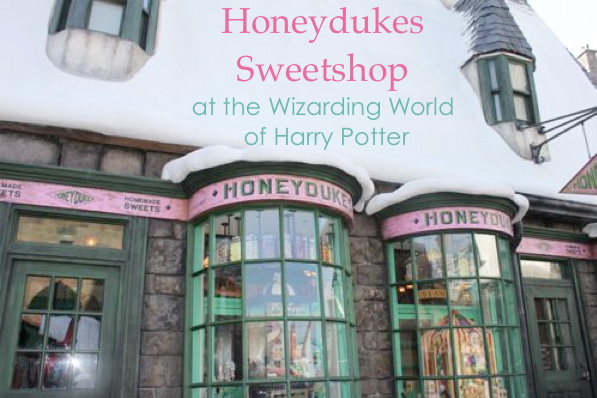 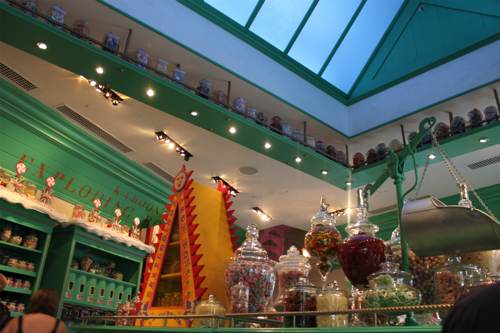 I wish that more sweetshops were full decorated like this one (although I did see some amazing candy stores on my USA trip, like the one IT’S SUGAR shop in Atlantic City). 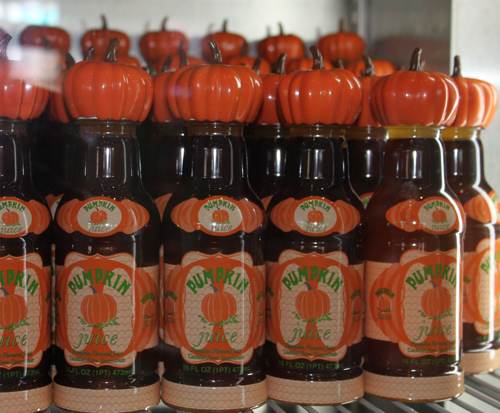 It was extremely hot and muggy outside, even in mid-September (I guess we shouldn’t have been surprised—we were in Florida after all!), and these chilled pumpkin juice bottles with pumpkin toppers looked really appealing! 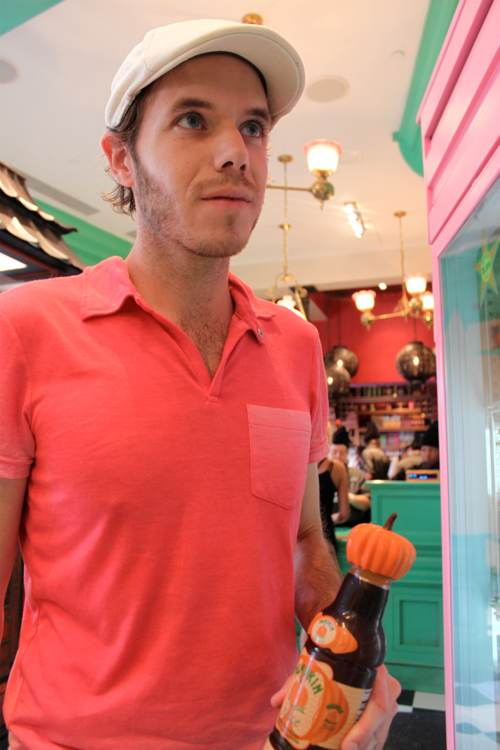 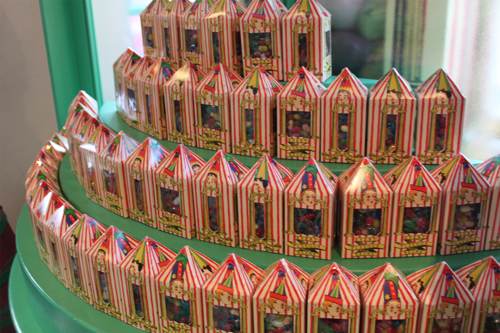 I like how the Bertie Botts Every Flavour Jelly Beans were displayed in the window. 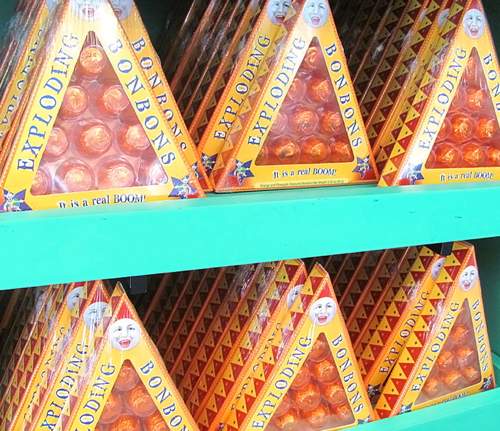 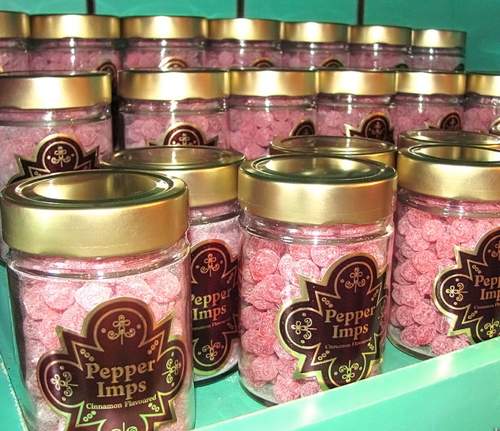 I really like the selection at Honeydukes, but wish that there were more vegan options available!

We had a hard time finding anything that we could buy/eat. 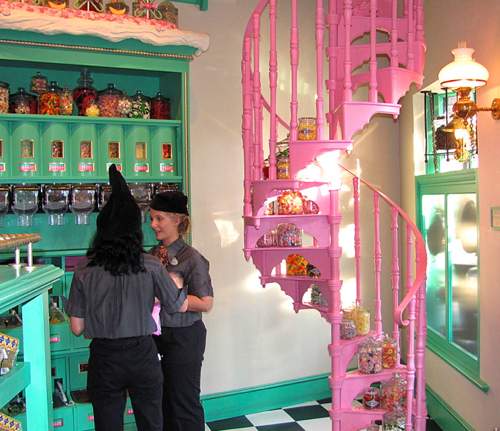 What candy would you buy from Honeydukes? Would you splurge and buy the Pumpkin Juice?