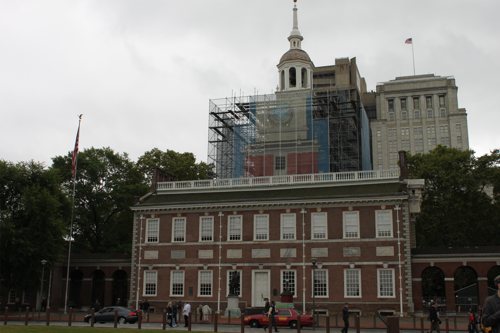 It turns out that accommodation in Philadelphia is much cheaper and better value than that in Washington D.C. and New York, and given the multitude of attractions and veg restaurants to check out, we plan on going back there some time. 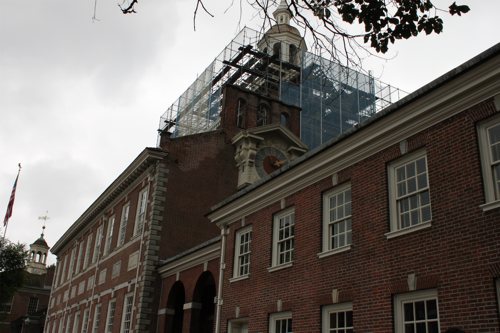 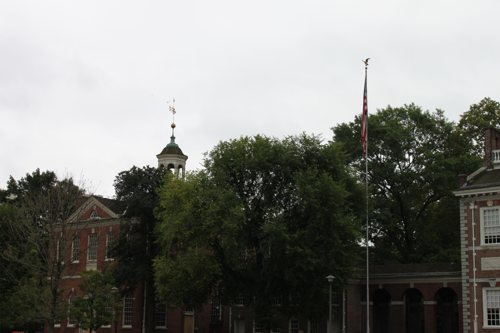 Instead of going to one of the many museums within walking distance from our hotel, like we would have if we had more than 1 day—with just several hours to wander around this new city, we headed to Independence Hall and area. 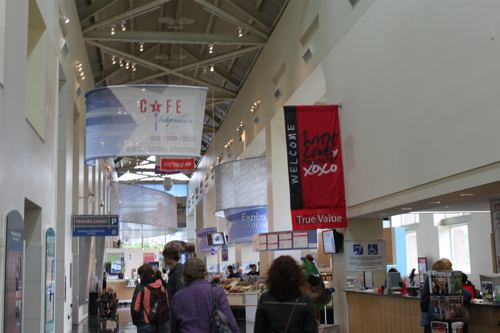 In order to be able to look inside Independence Hall you need to book a time at the visitor’s center. It doesn’t cost anything, but they need to check your photo ID and give you a ticket. Make sure you arrive 15 minutes early, to get through security. The visitor’s center is located across the grassy area from the hall. There’s lots to look at there while you wait for your designated time. I’ve been told that the tickets can go by 1pm for the entire day during the busy season. 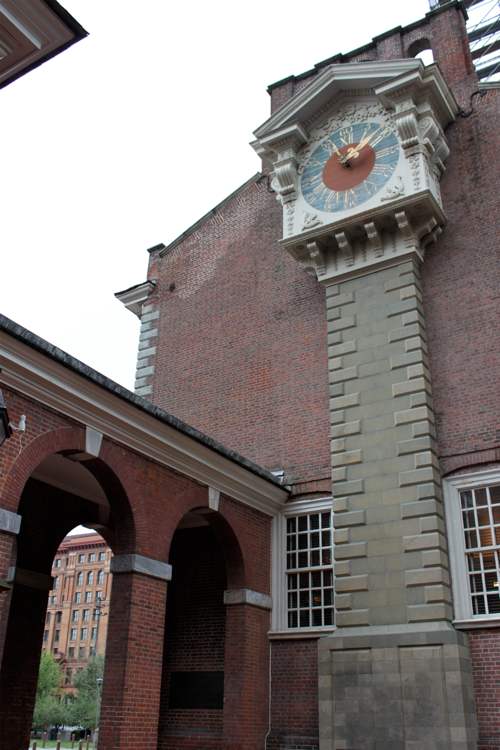 Once the tour starts, everyone is shuffled in to a room with chairs and the tour guide told everyone some rules, and a bit of history of the place. A view of the inside staircase and ceiling is below: 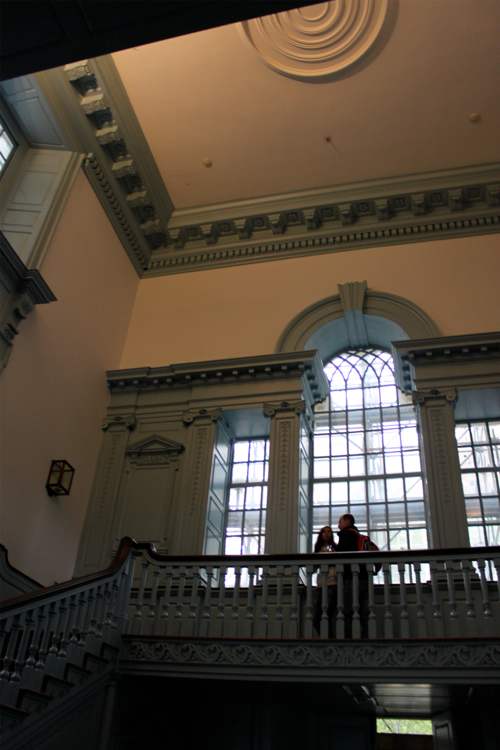 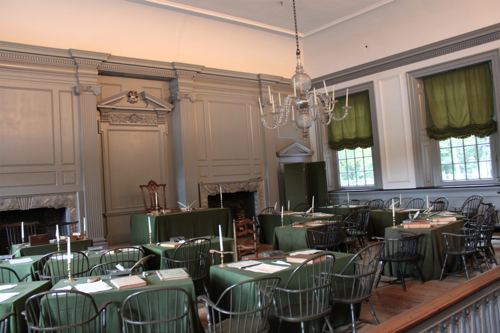 This little room is where the Declaration of Independence was signed, as well as a draft of the Constitution. 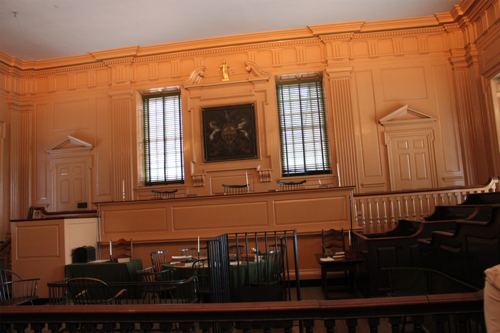 The upstairs had a table set up and some chairs around the room. 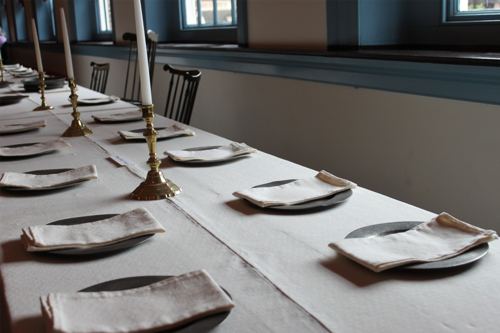 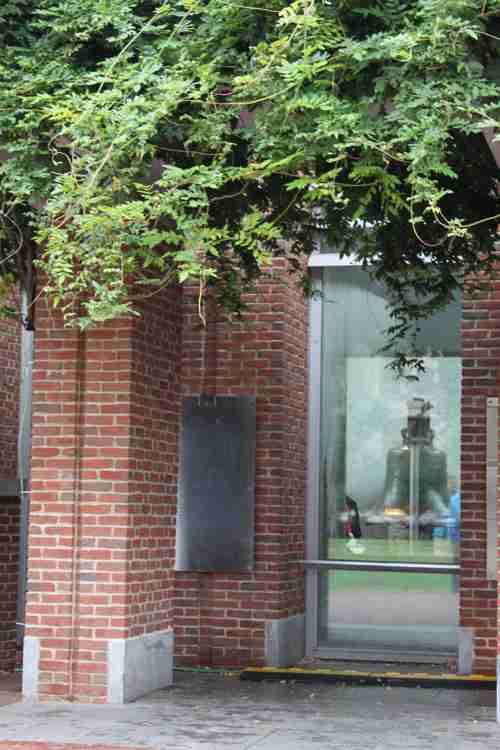 The Liberty Bell is inside a brick building across the street. I really enjoyed going on the tour and experiencing some of the history.

Independence Hall is located at the sout side of Chestnut Street between 5th and 6th Streets.