One of the strange side effects of moving over the Rockies has been a big change in my running habits. A bit of a wuss, I struggle to get out there in the ice & snow. Worse—my tried and true cans just slide off my toque, which has left me looking for the perfect pair of in-ear buds. I’ve tried a few, and we’ll be posting some reviews over the next few weeks, but I wanted to start with these Amps HD buds from Sol Republic. 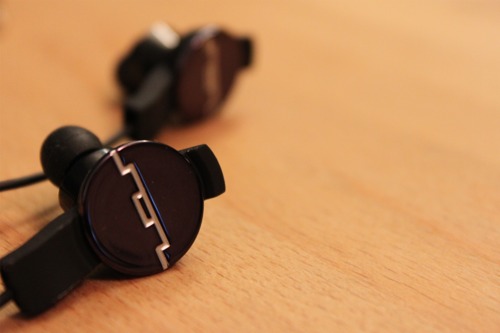 I was initially attracted to them because of the price-point, relative to the posted range of frequency response . . . and yeah, by the cool packaging and the urban logo. I’m a sucker for design, and in particular for logos that look like writing in an alien language, so I ate up the stylized S-O-L on the product and the package (Though I wonder if for anywone else their company name evokes Short On Luck rather than soul, or the sun?). 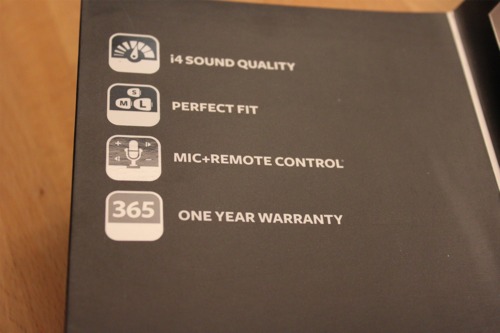 Opening the package, the big thrill for me wasn’t necessarily the headphones over-all aesthetic—these IEMs have a huge back piece that remind me of the screw’s in Boris-Karlov-as-Frankenstein’s-Neck but the inclusion of super-mega-tiny sleeves. Anyone who knows me will be quick to point out—I have a big head. But, surprisingly miniscule ear-holes, and this is actually the first time I’ve found a pair of buds with an adapter to make them fit out of the box.

Tucked into my ears, with Play pressed on my iPod, I was in for my next big thrill—the sound on these is great. The bass has some push, but doesn’t sound broken—or wash out every other sound as so often seems the case with today’s audio products—and distortion was minimal no matter how high I cranked the volume. Perfect for running next to a busy street. 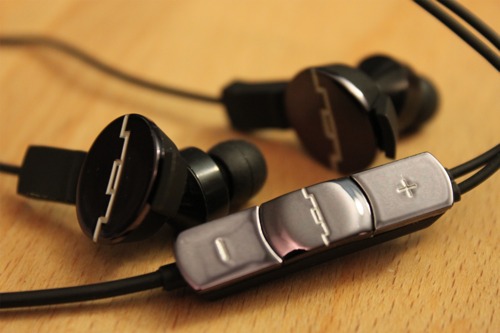 Most of what I listened to on these phones sounded pretty fantastic, so I decided to run them through the gauntlet and pull out a couple of my favourite jams. Sophie Anne Mutter playing Gubaidalina’s In Tempus Paraseins, and this electronica track by Purity Ring that I’ve recently become obsessed with. And it’s not much of a complaint, especially for $99, but I did find the treble to be a little gutless and less clear than I would like. It was as if Sophie Anne was playing a  $100 Fujiyama rather than a priceless Stradivarius violin. Similarly, the honey sweet vocals of Purity Rings sounded a little lost in the huge sonic landscape that backs their tracks. But you know what? I’ve never listened to headphones that sound this good for this price, and they’re definitely on my Christmas list.
We were provided with these Sol Republic Amps HD In-Ear Headphones.