You are here: Home / Gadgets / An Innovative Way to Deal with Traffic Congestion

Besides being really expensive, the other thing people think about when I bring up the fact that I live in Vancouver, is the traffic congestion. Being as densely packed as it is, and there being such a short distance between traffic lights means that there are tons of cars on the road and it take a long time to go not-that-far. There are more and more high-rise buildings going up all the time, which doesn’t ease traffic at all.

Obviously, traffic congestion isn’t a Vancouver-only problem; in fact, I’m sure it’s much worse elsewhere. I always like to read up on different vehicle innovations to find out how green technology can be used to alleviate pollution from car emissions, and reduce fuel consumption.

I recently poured through information from Toyota about their i-Road car, which is said to make short distance travel within cities a lot more enjoyable. Sounds good to me! 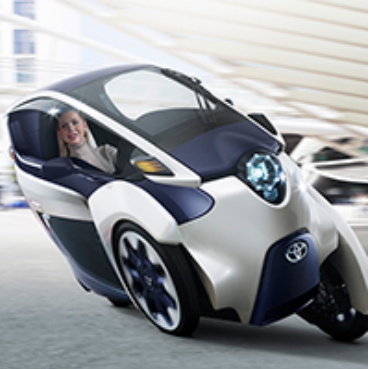 Toyota recently gave the i-ROAD a test on streets in Japan. After a brief introduction and a bit of orientation, the cars were ready to be tested on public roads. As you can see in the picture, the i-ROAD only has 3 wheels. It’s the perfect, compact size for zipping around cities for daily commuting. The Toyota i-ROAD has been described as something that gives the driver “the sensation of being at one with the machine as it speeds along narrow streets with ease.”

I could definitely picture myself in an i-ROAD, especially after watching this video:

What do you think of the amount of traffic in your city?

This is a sponsored conversation written by me on behalf of Toyota. The opinions and text are all mine.