One of my favourite perks about being a blogger in Vancouver, is attending store openings. A long time fan of Crate and Barrel — having spent hours walking around every one I have come across, while travelling in the USA — I was super-excited when I heard of one opening in Vancouver. The wait was finally over, Greg and I got to check out British Columbia’s first Crate and Barrel store, last night, before it was open to the general public.

The only other Crate and Barrel store that I’ve been to in Canada, is the one in Calgary, which is located far in the south of the city. The Vancouver Crate and Barrel store is much more accessible. The Vancouver store is located at: Oakridge Centre (650 W 41st Avenue). Oakridge Centre is really easy to get to on public transit, and there’s plenty of parking, if you’re driving.

Checking out the huge store, in the spot that used to have a movie theatre, I really (even more so) got in to a spring state-of-mind. 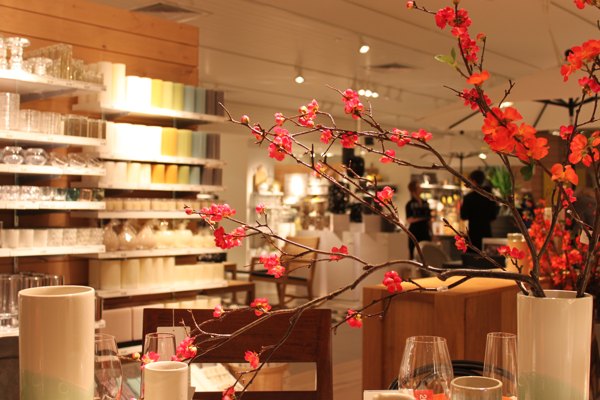 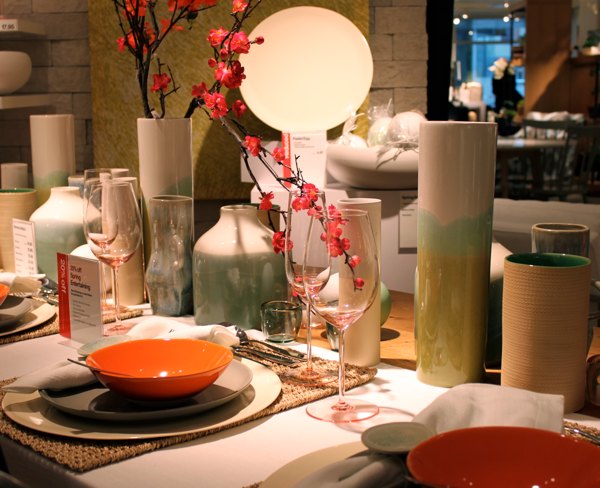 A few of the PR people, who were putting on the opening, asked Greg and I if we’d seen anything we liked. Yes. Yes, we did see things we liked. A great many things, in fact. My favourite section of Crate and Barrel is the kitchen section, where they have reasonably priced utensils, dishware and these amazing Wick jars: 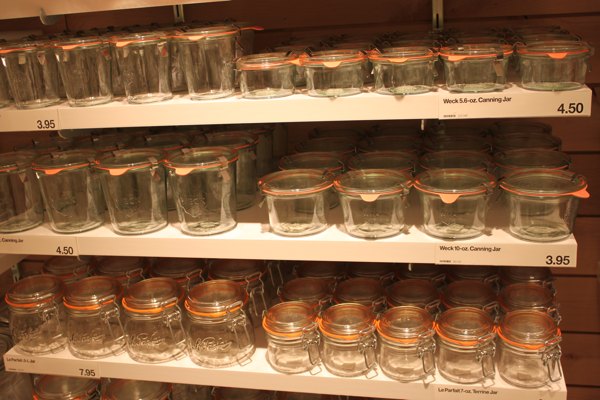 I feel like Canning and making jam now, don’t you? 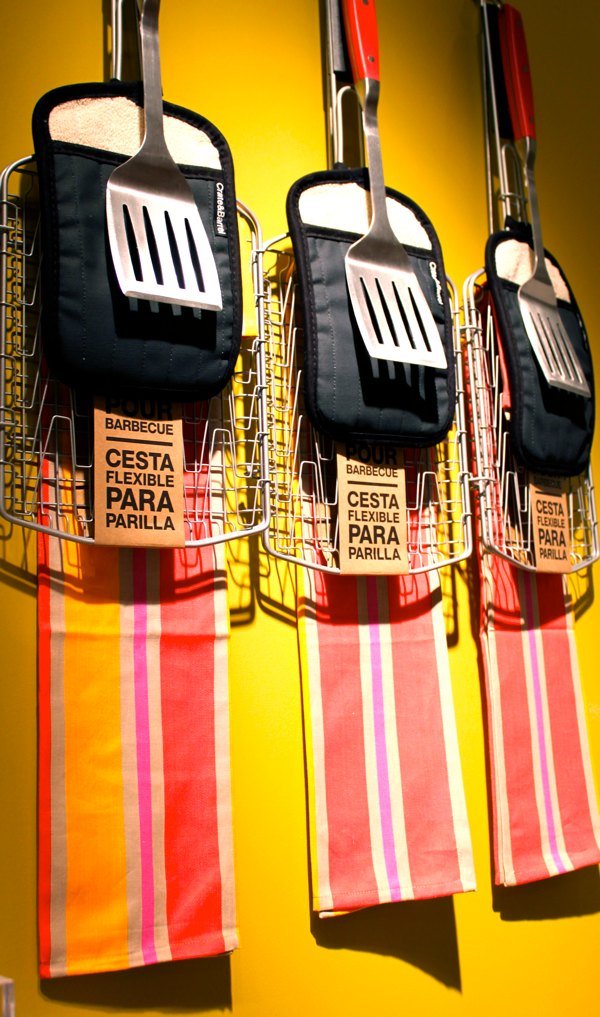 And, now I feel like grilling something/having a BBQ. 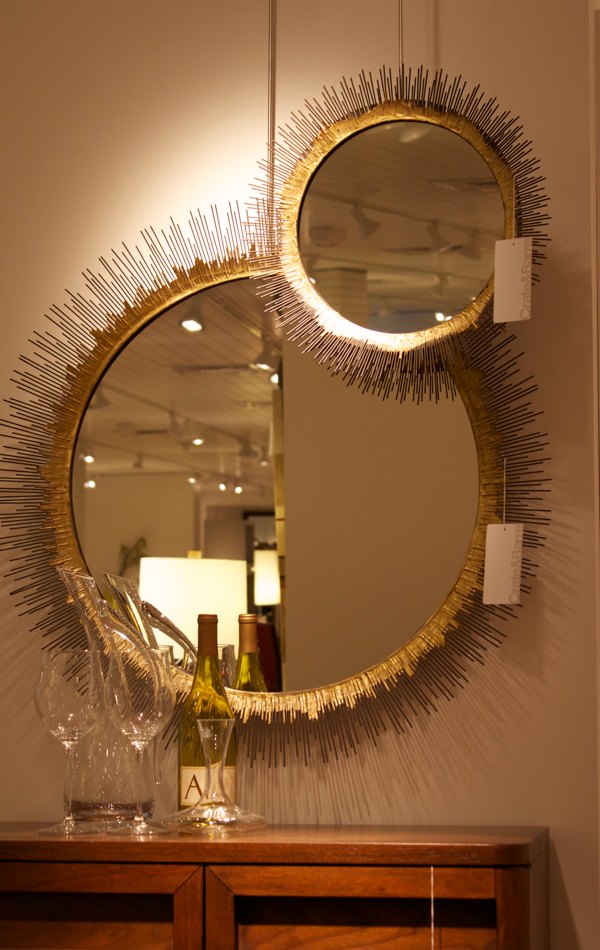 See more pictures in my Google + story and album.