I don’t make cupcakes very often—I usually prefer to eat my cake with a fork. What about you? I decided to make these Vegan Vanilla Almond Cupcakes, though, since it’s Easter weekend and they’re so much more shareable than cake, when there’s more than just a few people. Who doesn’t love finger-food?

I often post pics of my food adventures on Instagram and on my Facebook page, but I don’t post recipes here as often as I’d like to. I’ve been hearing that a lot from you all, too—post more vegan recipes! Okay, I heard you. 🙂 I put together a quick and easy recipe (my favourite kind!) for light, sweet, and totally delicious cupcakes to share with you: 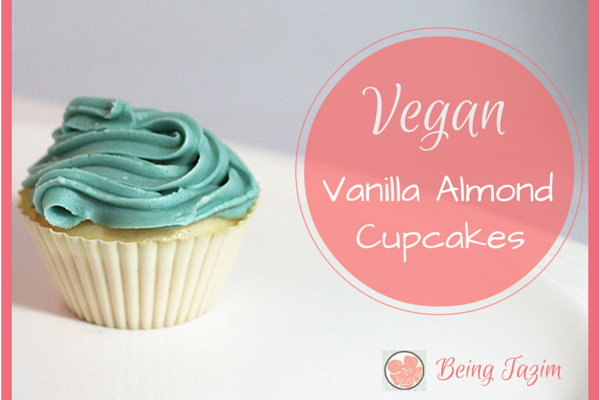 I experimented a bit with this recipe—how does vanilla and almond taste together? Apparently, fantastic! I combined them doubly—both in extract form and also with the vanilla flavoured almond milk I used by Almond Breeze®. 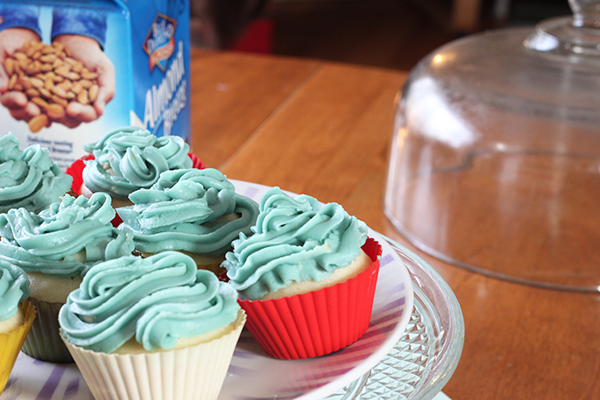 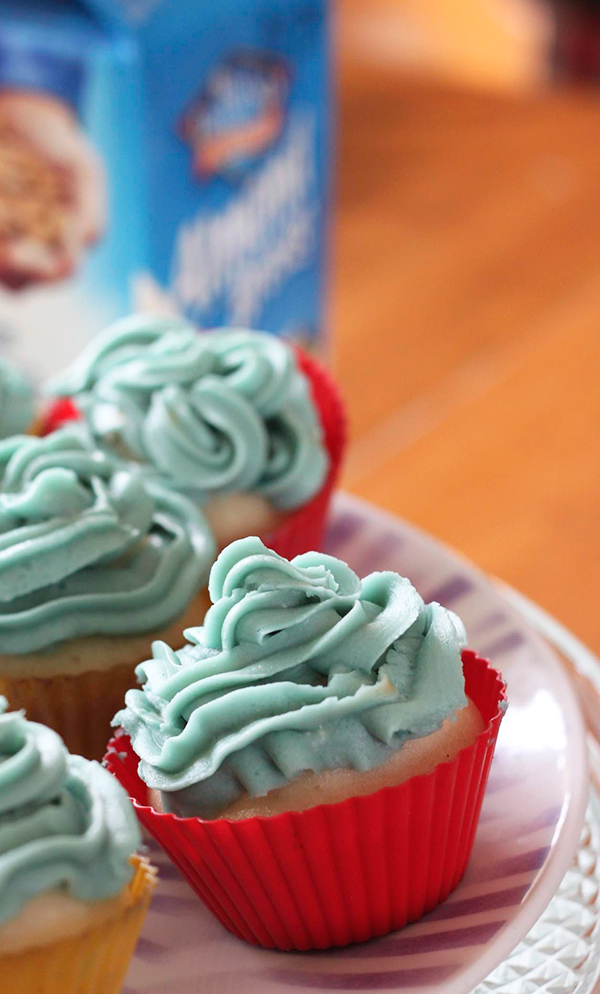 I tried using a piping bag for the pretty blue frosting for the first time—there were some inconsistencies, but it was fun to use! 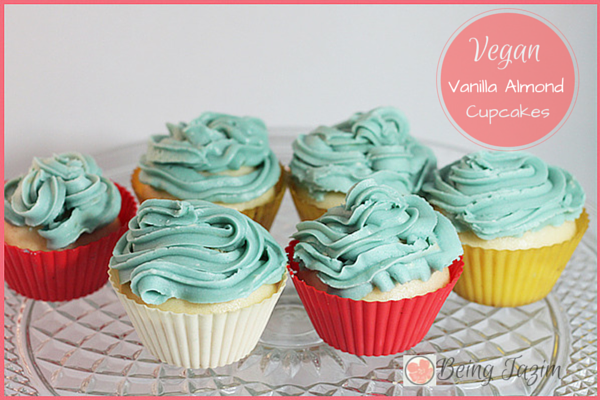 Check it out and let me know what you think: 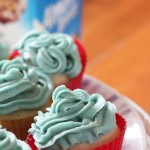 For the frosting, I used 2 cups of icing sugar, 1 cup of vegan margarine or shortening, and 1 Tablespoon of vanilla extract, plus blue food colouring.

I’d love to know what you’re doing this weekend—are you celebrating Easter with your friends and family?

I received Almond Breeze® vanilla flavoured almond milk so that I could put together this recipe for all of you. 🙂

Liked this recipe? Check out my free Vegan Substitutes printable to make it easier for you to put together your own vegan recipes.