You are here: Home / Lifestyle / YVR Foodies Event — Where Vancouver Foodies Come Together

On June 1st, members of Vancouver meetup group YVR Foodies descended upon a foodie paradise. I never would have imagined that a black brick building along Hastings St. would contain an authentic Italian restaurant, catering service and private function room. The Cotto Enoteca Pizzeria served food, and hosted a group of foodies, bloggers and food bloggers. YVR Foodies is the joint venture of Ricky Shetty, Justin Ruscheinski, and Nadeem Ahmad.

YVR Foodies has a meetup group page and a Facebook group page. If you love food and live in the Vancouver area, why don’t you come out to one of the events? Here’s a taste of what happened at the June event:

One of the co-owners Gaven McKenney shared his background, love of food and drink and about the Neopolitan certification the pizza at Cotto has.

If you don’t serve it fresh, it’s not worth serving 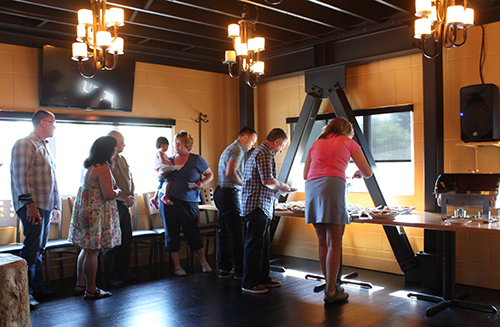 The beautiful outside of the Cotto Enoteca Pizzeria: 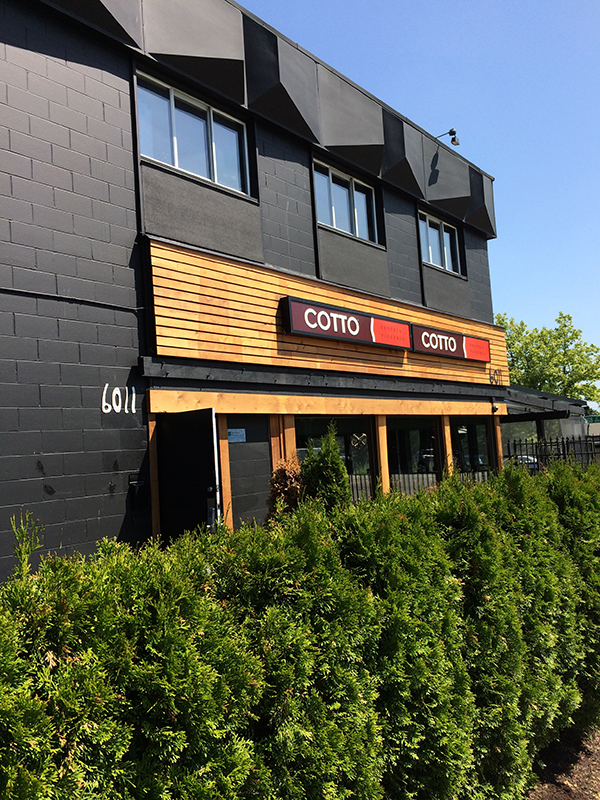 Food and a YVR Foodies event go hand in hand: 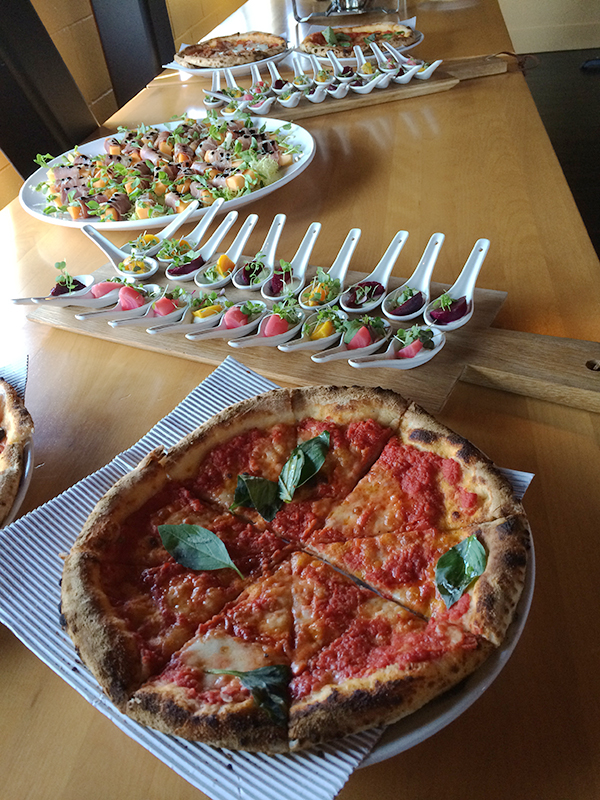 Does this look good? Maybe. Even though they have vegan menu items, as any authentic Italian pizza place should, there wasn’t anything served that I could eat.

Rosalyn Cua spoke about her new food blog Rozzy Pie, what she likes posting about, and the direction she wants to take her blog. Rosalyn is also taking her food love in another direction with the Food Soulmate Club.  Check it out and see what’s it’s all about. 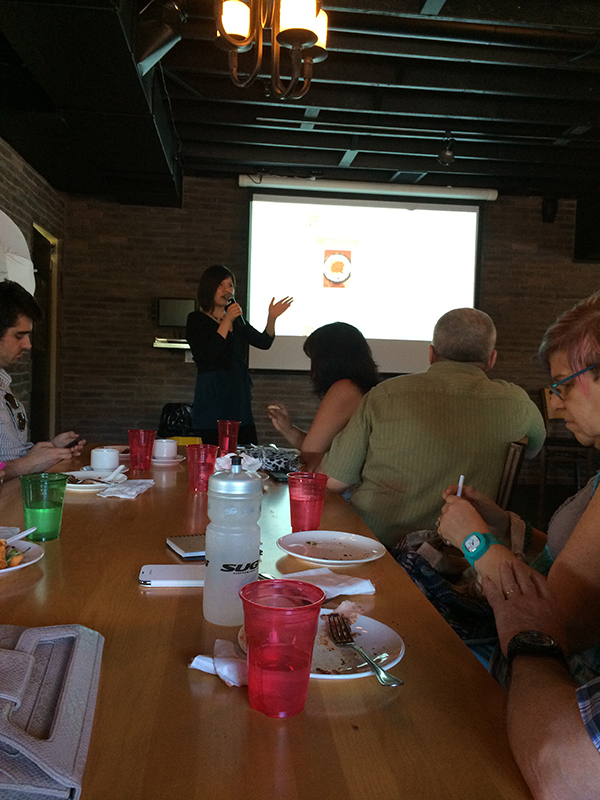 I love that Ricky Shetty’s events always have a musical break, and they he enjoys supporting local artists. For this event, Faith Numada performed 3 songs. The acoustics in the space above the restaurant are amazing!

Another thing that was supported by YVR Foodies was Got Ginch, a cross-Canada underwear drive. Clean underwear that’s bought with the money raised will be sent to the Union Gospel Mission, a few blocks away from where I used to live in the Downtown Eastside (DTES), a few years ago. YVR Foodies isn’t just about food, but also highlighting charity projects and a chance to bring awareness to drives like this one. 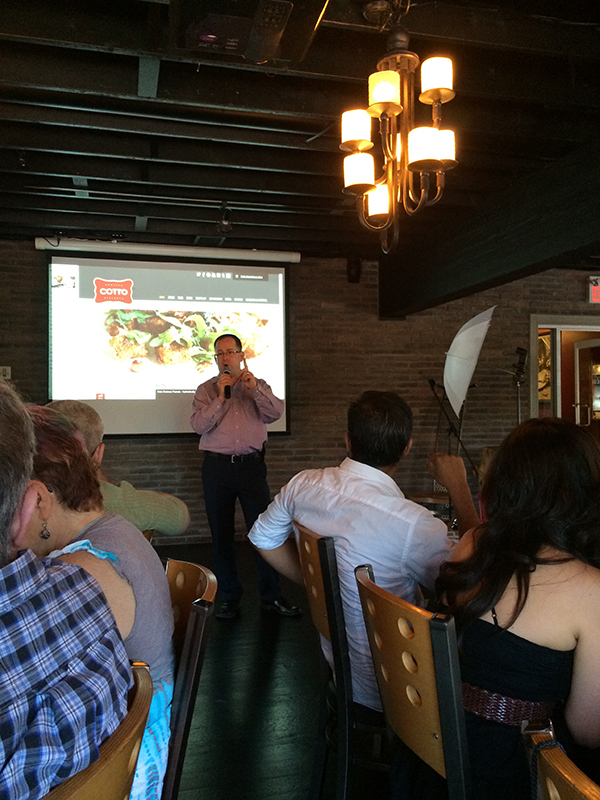 The final speaker was David Grange, of BC Foodie Blogger. David’s presentation was about knowing where your food comes from, and how to stand out as a food blogger.

It’s not just what our food is, but where it comes from.

It was great meeting more foodies in Vancouver and also more bloggers, at the June YVR Foodies meeting.